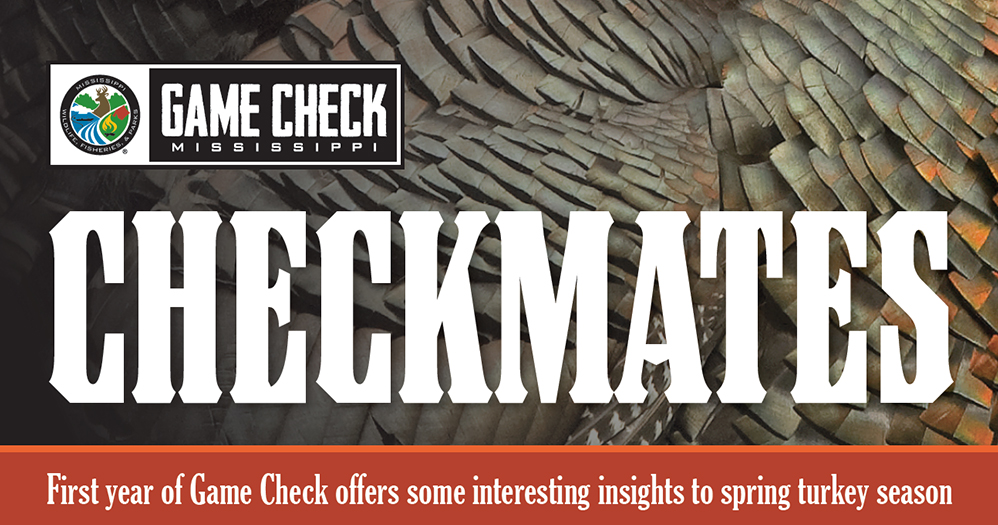 There is an adage that goes, “You can’t know where you’re going if you don’t know where you’ve been.”  Wildlife management is no different. To yield consistent harvests of game, it is essential to have accurate tallies of the number removed from the population each year.

Until this past spring season, those responsible for managing Mississippi’s wild turkey population had to use after-the-fact surveys and statistics to provide the public with the number of gobblers bagged each spring. While these estimates carried some validity, they were not without bias. The 2019 spring season marked the beginning of a new era for wild turkey management in Mississippi. In a proactive move by the Commission on Wildlife, Fisheries, and Parks at their November 2018 meeting, the legal steps for creation of a harvest-reporting system were put in place. As a result, Mississippi Department of Wildlife, Fisheries, and Parks (MDW-FP) developed Game Check, a system to serve as the channel whereby hunters could provide the critical harvest data needed to manage the state’s turkey flock effectively. For the first time in its 87-year history, the agency had the ability to collect information that it can use to evaluate its management actions on behalf of the state’s sportsmen and women.

Game Check’s value as a management tool will only increase with time as the dataset grows, allowing patterns and trends to be revealed. During its first season, hunters reported the harvest of 12,627 gobblers through the Game Check system. This year’s dataset offers interesting insights that were not previously available. Some examples:

Data received from harvest reporting will be a huge step forward for wild turkey management in Mississippi. For the first time, it will give MDWFP an effective means to monitor harvest trends over time down to the county level. Having access to this information is the first step in ad-dressing hunter concerns with population numbers or regulations. The insight acquired through Game Check will serve as a check-up on the turkey flock right outside every Mississippian’s backdoor. Generations from now, future MDWFP biologists along with the turkey hunters they serve will look back on harvest reporting data to get a sense of where our conservation efforts for this noble bird have led.

For more information on harvest report-ing, visit the Game Check homepage at mdwfp.com/gamecheck. 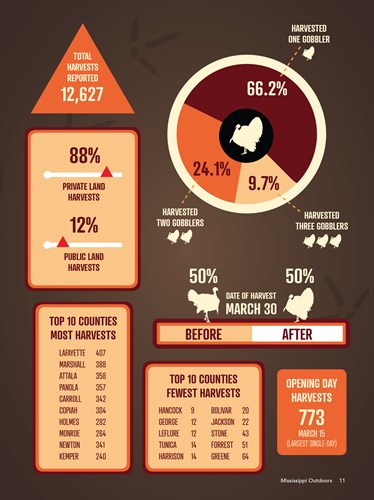 Adam B. Butler is the Turkey Program Coordinator for MDWFP.