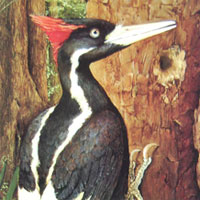 An endangered species, as defined by Mississippi law, is any species or subspecies of wildlife whose survival and continued welfare in the state is in jeopardy or is likely to become so in the near future. Although species become endangered for a variety of reasons-such as loss of habitat, disease, and pollution-it has been estimated that man is responsible for the extinction of up to 1,000 species worldwide each year. Mississippi has 80 species and subspecies of plants and animals , which are officially recognized as endangered. In 2001, the Mississippi Department of Wildlife, Fisheries, & Parks and the Museum took the initiative to assemble data on each of these and to make it available to the public.

The Endangered Species of Mississippi packet (199 pages) is an illustrated collection of information, which includes: