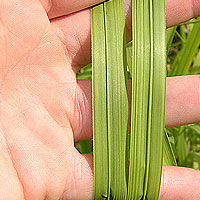 Have aliens invaded your neighborhood? The answer is probably yes! Currently there are some 50,000 plant and animal species of foreign origin established in the United States. Only a small percentage of these species are harmful or invasive. However, that small percentage is responsible for more than $138 billion annually in losses resulting mostly from control costs and loss of marketable goods.

In addition, invasive (non-indigenous) species are the primary risk factor for 42% of species on the US Department of Interior's endangered species list. No price tag can be placed on their loss.

Invasive species are not only a local problem but also a national and global one of huge proportions.

The February 1999 Executive Order 13122 of the President of the United States of America which established The National Invasive Species Council provides the following definitions for alien and invasive species:

What you can do to stop invasive species: