On August 29, 2005, Hurricane Katrina, the most devastating storm in the history of the United States, came ashore. Winds of over 160 MPH and a tidal surge of nearly 30 feet completely destroyed all of Buccaneer State Park's structures, waterpark and support facilities. The park has been under varying stages of reconstruction over the last eight years. The final phase of reconstruction was completed in November of 2013. Today, Buccaneer has been beautifully restored.

Located on the beach in Waveland, Buccaneer is in a natural setting of large moss-draped oaks, marshlands and the Gulf of Mexico. Use of this land was first recorded in history in the late 1700's when Jean Lafitte and his followers were active in smuggling and pirating along the Mississippi Gulf Coast. The French Buccaneer, Lafitte, inhabited the old Pirate House located a short distance from what is now the park. The park site, also known as Jackson's Ridge, was used as a base of military operations by Andrew Jackson during the Battle of New Orleans. Jackson later returned to this area and built a house on land that is now Buccaneer State Park. 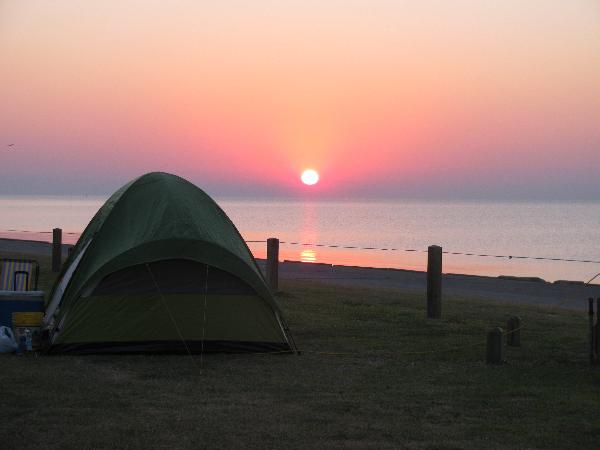 GPS coordinates
The park entrance is located 1150 South Beach Boulevard. Some GPS systems will direct traffic to South Street.  This is not point of entry into Buccaneer State Park.  Please use caution when following these GPS coordinates.

Stay the Night
Buccaneer State Park has 206 premium campsites with full amenities including sewer.  In addition to the premium sites, Buccaneer has an additional 70 campsites that are set on a grassy field overlooking the Gulf of Mexico.  Castaway Cove (campground activity pool) is available to all visitors to the Park for a fee.

The following area attractions are located within a short drive of Buccaneer State Park. The park staff will be happy to provide information and directions.

Annual Events in the Area