Like the other Museum research collections, the MMNS Herbarium originated from the WPA Statewide Biological Survey collections made in the 1930s and 1940s. These specimens were housed in wooden cases, and unfortunately became severely damaged by insects. Because of inadequate facilities to maintain the herbarium at the Museum at that time, approximately 1000 salvaged specimens were donated to Delta State University and later moved to Mississippi State University. The MMNS Herbarium currently has twenty WPA specimens in its archives. These specimens are mounted on 8 x 10 inch manilla stock, and include a reference to a survey point, as well as an attached packet with seeds or floral parts.

In 1977, the museum hired its first full-time curator of botany. At that time, no specimens or herbarium existed. As a result of museum staff collections, exchanges, and donations since 1977, the MMNS Herbarium currently consists of over ~70,000 mounted plant specimens, with approximately 2,000 unmounted specimens in various stages of preparation. Collections from ~29 states are found in the herbarium; however, the majority of the collection (93%) is composed of specimens from Mississippi. Additionally, in 2011, MMNS received the Stoneville Weed Science Laboratory's herbarium on long-term loan.

The objective of the MMNS Herbarium is to serve as reference for agency resource managers, and to document the flora of the state. Thus, the herbarium is an identification resource and repository for voucher specimens collected from agency surveys and research projects. From these projects, surveys, and activities, the herbarium has a good representation of species occurring in many habitats in the state, particularly bogs, savannas, and prairies.

Additionally, the MMNS Herbarium has been closely tied with the Mississippi Natural Heritage Program (MNHP), and is the primary repository for rare or endangered plant specimens collected during surveys. Currently the herbarium houses many voucher specimens for the 586 plant species tracked by MNHP. 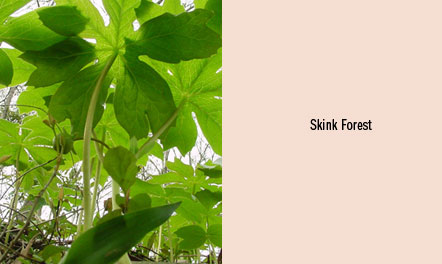