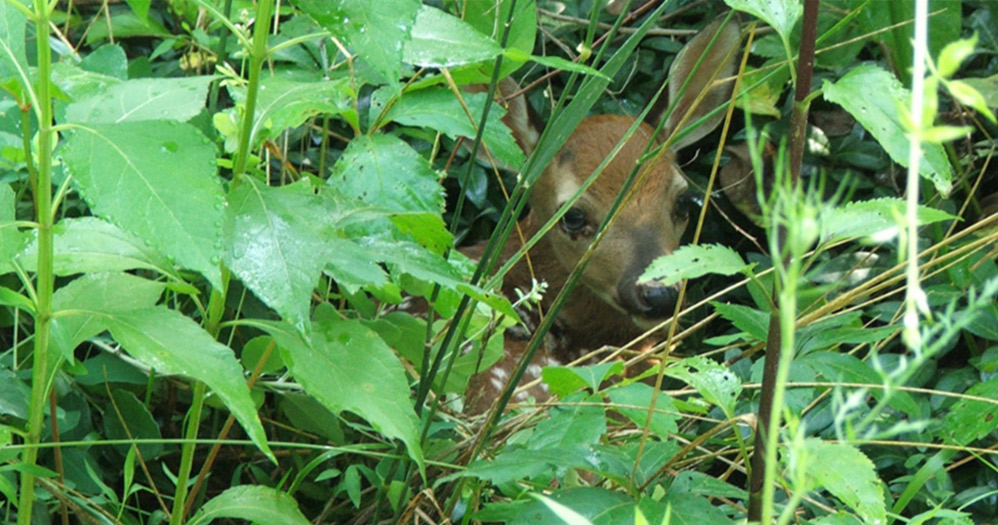 Newborn wildlife is abundant during the spring and summer in Mississippi.  From hatching birds and newborn squirrels, to white-tailed deer fawns, the Mississippi Department of Wildlife, Fisheries, and Parks (MDWFP) reminds people to leave young wildlife alone.

Many Mississippians will come across some type of newborn wildlife this spring and summer that appears to be abandoned.  “Baby birds, squirrels, and white-tailed deer fawns are among the most frequent wildlife that people often report as abandoned each spring or summer,” said Amy Blaylock, Director of Wildlife Bureau.

Mississippi law prohibits the capture, possession, or caging of any wild animal, including white-tailed deer fawns, squirrels, and birds. In cases such as young birds or squirrels being blown out of nests during summer storms, often adult animals will find young and continue to care for them.  For white-tailed deer fawns, the doe takes great care to purposefully hide the fawn during its first few weeks of life.  As a natural defense, the fawn lays still in a fashion that makes people think it is sick or injured.  At a few weeks of age the fawn will be on its feet, able to follow its mother, and can outrun most predators.

“If someone finds a fawn in the woods, they should not touch it,” said Blaylock.  I know it can be difficult, but people should keep their distance from the fawn.  The fawn has a much better chance at survival if it is left alone.”

Does bred in December will begin to drop fawns in late June.  Peak fawn drop is usually around the first two weeks of July.  However, later breeding will result in fawns dropping at later dates. This means spotted fawns could be encountered as late as October in southeast Mississippi.

The MDWFP hopes everyone takes the time to look around this summer and see some new wildlife making their way into the Magnolia State. Get out and enjoy it, but remember – leave young wildlife alone!