Fannye Cook and the Beginnings of the Museum 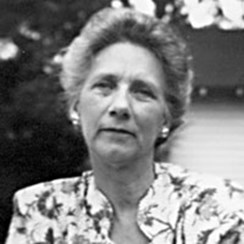 In the late 1920s, Francis 'Fannye' Cook led a grass roots effort to start the Game and Fish Commission. This grass roots effort largely included traveling education exhibits at local and state fairs. After the Commission was established by the legislature in 1932, Ms. Cook wrote the state's first game laws, and became the Museum's first director, thus founding the Mississippi Museum of Natural Science.

Fannye Cook was primarily a biological researcher. Though unseen by most visitors to the museum, the biological research collections provide the foundation upon which much of our knowledge of animals, plants, and fossils is based, and most of these collections have their origins in the mid-1930's when Fannye Cook sought to document the flora and fauna of Mississippi through a statewide plant and animal survey. Drawing on skills acquired as a museum worker at the Smithsonian Institution and backed by federal funding from the Works Progress Administration, Cook established 18 satellite museums around the state and trained field collectors in the methods of collecting and preparing museum specimens.

Between 1936 and 1941, thousands of specimens of birds, mammals, fishes, amphibians, reptiles, mollusks, and other life forms were collected, catalogued, and curated. This work became the basis for a number of Cook's scientific publications such as Freshwater Fishes of Mississippi and Snakes of Mississippi. Cook's own work was said to rival that of the United States Biological Survey. The Survey had previously conducted extensive research on flora and fauna throughout the United States, utilizing Cook as a consultant for species identifications. 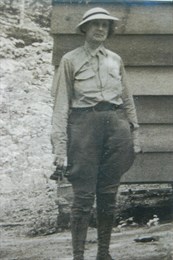 We owe an incalculable debt to Fannye Cook who had the foresight and determination to document the flora and fauna of our state. Most of the specimens collected by Cook and her colleagues remain carefully preserved in our collections and are used today by Museum staff and other researchers. The administration of the Mississippi Museum of Natural Science made a commitment years ago not only to safeguard these historic collections, but also to continue to build upon our biological collections as a resource of immense value to present and future scientists.

Fannye said, "In collecting specimens throughout the state, I have run into many interesting situations and have had many thrilling experiences. Wading through acres of swamp water infested with alligators and cottonmouth moccasins to reach heronries in which not only herons but Louisiana water turkeys, bitterns, rails, gallinules, grebes and other water-loving species were photographed or collected, gives rise to emotions of fear and exhilaration not produced by any other experience.

Like any institution, the Mississippi Museum of Natural Science is nothing without the people who work hard to turn the ideas behind it into reality. Along with its own dedicated staff, the Museum also relies on a group of volunteers who, out of their own devotion to natural Mississippi and the importance of science, donate their time to help the Museum pursue its mission of study and preservation.

Along with the help of its volunteers and staff, the Museum also relies on the financial help of a long list of friends of the Museum. With their continual help, the Museum has established one of the largest collection of biological specimens in the state, has helped preserve and protect Mississippi's vital and precious natural resources, and continues to be one of the state's most successful scientific and education attractions. 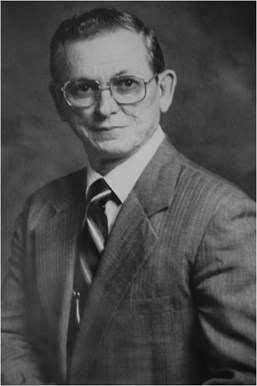 Through the museum, Benjamin Erskine Gandy shared his love of nature by developing education and conservation programs, speaking to innumerable school groups, garden clubs and civic organizations, and enhancing the displays at the museum. He oversaw the building of a new facility on Jefferson Street and helped found the Mississippi Museum of Natural Science Foundation.

Gandy was born in Royce, MS on July 21, 1925 to Dr. Tilllis and Nora Davis Gandy at the Newman Lumber Company where his father was the company's "horse and buggy" doctor. He grew up in Hattiesburg, MS and immediately upon completing high school, Erskine joined the Navy and served as a Medical Corpsman on Guam during WWII.

After the war, he graduated from the University of Southern Mississippi. Upon receiving his master's degree in biology from Louisiana State University, he moved to Jackson, MS in 1952. Erskine served as the Museum's Director from 1957 until his retirement in 1987. 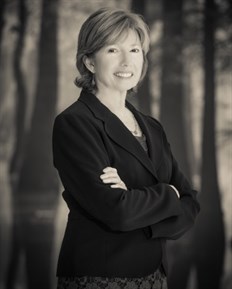 In 37 years with the museum, Libby Hartfield kindled the spark of curiosity in thousands of students. She helped teachers in classrooms statewide connect the minds of their pupils to tangible realities they could touch and see and understand. Most of all, she made them wonder at what they found, and imagine what more there could be. They gave her their attention, and she gave them the world.

Hartfield earned bachelors and masters degrees in biology in Hattiesburg from the University of Southern Mississippi, going to work first as a high school teacher in Jackson. She then spent a decade as the museum's education coordinator before becoming the museum's director, a role she would cherish for three decades.

Beginning as she did in education, Hartfield made the  establishment of a direct connection between the museum and the classroom her first priority. She built connections with classroom teachers through the Mississippi Science Teachers Association, then coordinated museum programs with the curriculum teachers were using in elementary, junior high, and high school classrooms.

As museum programs and attendance grew, planning began for the complex the museum now calls home at LeFleur's Bluff. "The new building, which opened in March of 2000, allows us to take what we are doing to a whole other dimension," Hartfield said. "It is a bigger place and has an outdoor area that is now home to a great deal of outdoor education. It allows us to expand our research area and we now have more than one million objects in our scientific collection. Specimens from the museum go all over the country for research projects."

In 2013, Hartfield was asked to step into the role of director of state parks, which she enjoyed, and she retired from service to our state this spring. The wider scope of service capped a career dedicated to education and sharing, a mission Hartfield firmly believes will continue, coordinated through a facility of which all Mississippians may be proud.

"One of the things the museum staff focused on in the planning of the new building was the firm belief that Mississippians deserved a museum as good as any in the country," Hartfield said, "and I feel like we've done that."